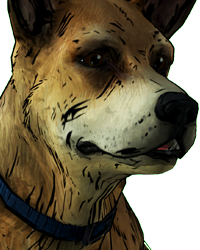 Hey there, I know I'm a little bit late but I finished 13 Reasons Why last night and haven't seen any TT discussions for it yet. Not sure if one already was started but if not, what did you think?

Overall, I thought it was very sad but really well done. Feel free to discuss your thoughts and I'll probably reply with mine in more detail as well.

Keep in mind, it might be best to stay away from here until you've finished the whole thing to avoid potential SPOILERS.