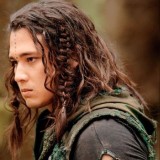 White Night is a story based during the Dawn Age of the ASOIAF setting, and is based around the region of the Further East of Essos, focusing on the Great Empire of the Dawn on it's final years before collapse, and the following Long Night arrives to terrorize the world. Yes, the world, meaning not only Westeros! The Great Empire of the Dawn once held control of all the Further East, their reach stretching from the mountainous border of the west to the port city of Asshai in the east. However as generations have passed, the Great Dawn Empire has slowly degraded into a mere kingdom of size, with occupation over Yi Ti and the Shadowlands alone. Many neighboring lands have sought to take advantage of this decrease in power, arising kingdoms and empires of their own, and have began to turn their eyes towards the dying empire at the heart of the Further East.

The Kingdom of Hyrkoon, led by the infamous warmonger: Markus Hyrkoon, has been building his army and forging alliances to one day march down from the mountains and conquer all of the Far East for his own...

The God-Empress of Leng: Lerela, has recently come to inherit her crown from her deceased mother, and has been expected to continue ruling in her mother's stead for the isolation and security of Leng, assuring that the Great Dawn Empire never bring harm to their people again. Yet with the fall of the Empire on its way, Lerela looks into the opportunities that arise over the horizon.

The Kingdom of N'Ghai has began to prosper like no other since the Empire of the Dawn has began to cease in power, in a sense they have become one of the wealthiest kingdoms too with the Grey Plague that has spread over the Shadowlands and deterred merchants and explorers from travelling to Asshai. King Neferion has kept N'Ghai as a reasonably peaceful land, trading with the Dawn Guard of the Five Forts for protection from the lands beyond. Yet with the Jogos Nhai growing restless now that the army of the Great Empire has diminished to a mere bunch of untrained boys and old men, Neferion finds himself having to take matters into his own hands for the good of his kingdom, and those around him.

Finally, the Great Empire of the Dawn has plunged into a time of chaos and fear as the late Opal Emperor has finally passed, naming his daughter: the Amethyst Princess, his heir. There are many among the empire that have found this decision unfathomable, and while many eyes from outside the empire are looking to take advantage of this chaos, there are just as many eyes within that are looking to utilise it for their own benefits.

Yet with all this terror stirring up in the land, the legendary Dawn Guard of the Five Forts stand tall and strong within their over-powering forts, warring with the Lizard-men of the Shryker lands, yet it does not take a tutored eye to see that something dark is coming, and the valiant and honourable men and women of the Dawn Guard are the first and only defense between the realms of the living, and the unknown.

You can submit characters here

It might also be added that this story will only focus on the further east of Essos. Your character may come from west of this region, but must actually be based somewhere in the Great Empire of the Dawn or somewhere near it. Westeros is only recently founded by the First Men, with legendary figures, such as Garth Greenhand and Bran the Builder still alive, and Essos is in a similar stage of development. The Valyrian's have not come to be yet, currently only herding sheep along their lands, and that means that with the Freehold not yet coming to be, there could be no Valyrian colonies, so the Free Cities of Essos do not exist yet. So the Iron Bank cannot get involved in this story as it does not exist!

Point of View characters are displayed in bold.