The Walking Dead: Blood of the Covenant - An Interactive Story 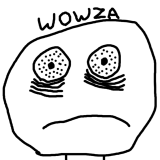 Howdy there. I'm a longtime lurker on the forums, having read stories and spun ideas around in my head for ages now, but I've never actively participated in them before. But, since it seemed that everyone was doing it, I supposed I would go for it as well. Why not, right? Anyways, I've taken a lot of inspiration from shows like The Wire for the character development and social commentary as I believe it's the top in that aspect. I've also taken inspiration from horror films such as Night of the Living Dead (of course) and 28 Days Later, as well as the graphic novels of Junji Ito and, obviously, Robert Kirkman. I'm going to attempt an extremely realistic story where consequences and danger are very real, starting off with groups stranded in three different locations in the wake of the apocalypse. The first locale is the city of Fayetteville, NC, one of the poorer, larger towns in North Carolina. The second is the small town of Georgetown, SC, which is the third oldest town in South Carolina, as well as the poorest town in the state. Finally, we have the unincorporated community of Port Republic, VA, a very concentrated, small area of the US. Since that's over and I've probably already come off as a pretentious ass, I suppose I should explain characters.

Of course, we have the Google Form where you can submit your own characters! While it's likely that these characters will make it to the roster, they may undergo changes to better fit the story. Don't take personal offense if that happens, it's just for what's best in the story. I'll also be making my own characters should I need to, as I kind of gotta fit with the demographic of locations if I'm going "realistic" or whatever.

With that out of the way, I really hope you all enjoy this story! I know I'll probably enjoy writing it, with all the twists and turns that come with it. Also, sorry for the long spiel, wanted to get everything out of the way now. I'd also like to admit I've taken inspiration from Monument to the Walking Dead by NoHopeLeft and Humanity or Survival by Domingez. You guys are both great writers and great folks, as far as I can tell. So, thank you for the inspiration.

A disclaimer; as this is The Walking Dead and I'm trying to make this as "realistic" as possible, don't expect any punches to be pulled.