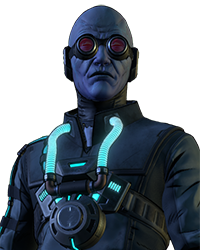 ...based on your decision to either give up Alfred or Batman, alongside possibly whether Joker was a villain or vigilante at the end of Season 2 and your treatment of Tiffany.

In the former Bruce has effectively abandoned his civilian persona and is far more reclusive to Gotham, with a more determined but possibly brutal Batman on the streets. In the latter Batman has mysteriously disappeared but Bruce is more active than ever in helping Gotham.

Events transpire to the point that both Batman and Bruce are needed again by Episode 2, but Bruce must spend the whole season reminding himself what it is to be the part he left behind.