Why is Minerva white if she is Tenn's sister? (Minerva and Sophie Picture) 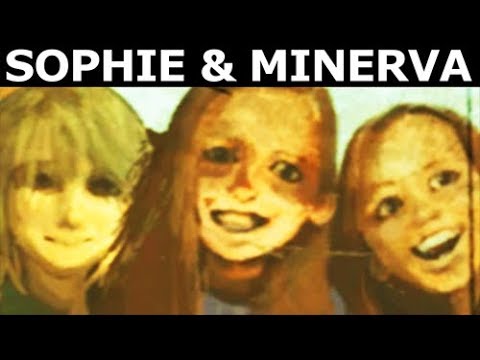 When Violet said Tenn's sister, I was hoping for a cool black girl protagonist

I looked up Minnie just to make sure she wasn't any competition for Clem out of curiosity. Not like anyone can beat Clem but I was just curious what Minnie looked like. Not to be mean but Violet hit the Lottery with Clem lol. She shouldn't look back

. Forehead hella big. I'll move on from that though.

I know that's cruel. Minnie is probably really great. But this brings us into my real question.

I know it's hard to tell mixed people sometime but she looks flat out, suburb white girl red head. Like full blown white. Tenn looks like he's full black to me. I see no mixed features. Her sister sophie also looks white. Probably even whiter then her. Like starbucks, pumpkin spice, "Oh my god, you wouldn't believe what Sarah said about Kimberlie's Nails" white girl.

They say Clem is full black too even though she looks mixed. It's so confusing. I think Telltale has a problem with getting races right lol.

Did they low key lie to my homeboy Tenn? Is Tenn adopted? That makes him cooler plot wise with more depth. This is interesting.

I kinda hope we get to meet her now. I hope she doesn't ruin Clem and Vi's relationship though