Moral Dilhema in Episode 3. (Torture Abel Or Show Him Kindness?) Be prepared.

I am as much in the dark about episode 3 as everyone else is but if it's anything I can almost confirm and guarantee in my opinion is that their will be a HUGE moral decision in this episode that will effect the story very critically and shape both AJ and Clem as human beings. It will put your being a Mom and role model to AJ to the test to very high extremes. It's going to test what the rest of the seasons have thought you. What Lee thought you and weather or not you have carried many teachings throughout. Let's make Lee and the Boat god proud 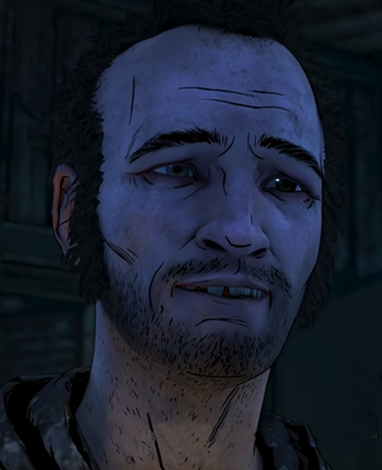 And that is, do you and the school kids elect to torture Abel for information? Kick his ribs? Burn him with fire? Or will you reason with him. Offer him food and ask for his motives in a kind way regardless of the piece of shit he is. Showing him that you aren't like them. Maybe even have Ruby fix his broken leg if he gives info or use food as a offer.

I know this decision is going to arise based off the final cut away of episode 2 alone. The school kids swarming in, all looking hella mad. Clem being the shot caller she will have ultimate say i'd imagine.

But also looking back through Telltale history. It's a easy way to guilt trip a player later on for going with quick witted easy decisions like beating someone up because you are mad. But it will reward those who were kind and thought. It has done this with Arvo if you steal his shit, Does this with Kenny if you beat him up on the train in S1, Does this with Kenny if you choose to stop him from beating up Arvo, does this with Ben if you elect to save him you get that cool quote he gives Clem. All the way down to leaving Lilly on the side of the road 6 years ago. It all plays into now. Even the whole season of season 1 pretty much was influenced by the minor decision to steal from the Stranger's car. It's all so much deeper then just Abel.

I imagine if you are nice to him, you get a cooler ending or something. Maybe he has a change of heart and is in a posistion to save you and does. Maybe Jesus was watching the whole time and is proud of the person you become. Maybe AJ learns kindness. Just wanted to forewarn everyone so we can prepare for this tough choice. Not sure if anyone agrees. But I've seen TT do this quite a few times.