Have you met some employees of any Game Companies before? 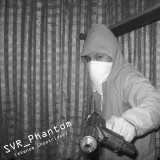 I have met a game moderator in Star Wars: The Old Republic before, On about 4 years ago.

She's cute and cheerful, But there's something a personal problem between me and her. (I will not tell anything about that - Anyway, I wish for her to keep up a good work and very well.)

So What's your story with some employees of any Game Companies that you have met before? (By the way, A customer service of the company doesn't count. Even if it's just technical support and short conversation about it)