If Lee was never bit, how do you think Clem's story would have gone?

This is a make your own story type of question. What do you think would have played out had Lee never been bit by that Walker? Would Clem have had an easier Journey or a harder one?

At face value it's easy to jump to the conclusion that Lee would make Clem's life a more protected, reasoned, and grounded one. Considering Clem has been beatened, amputated (possibly twice), scarred, thrown in fires, walked through walkers. And she's only like 16. But with that said she also survived like 8 years without Lee. Which is actually a pretty long time in this world.

In your opinion, what would have happened plot wise had Lee not got bit yet Vernon still stole the boat? Here is my prediction.

Lee, having not been bit, would have proceeded to go attempt the rescue mission on Clementine. But this time he's healthy, so he's faster, stronger and more mentally sound. Him, the Boat god and Ben all without having to cater to a slow zombie luring Lee would have rolled up together on "the stranger" and beat the living piss out of him like he was a hooker that owed her pimp money. Outnumbered by the Boat God Squad, he would probably have played less head games and maybe opened fire killing either Kenny, Lee or Ben. But for the sake of my story, i'm going to pick Ben lol.

Ben dies in Lee's arms saving the day in a sad plot scenerio like he did in the original story. I'd assume their would be a scuffle resulting in The Stranger dropping the gun and Clem picking it up and Tupac'ing The Stranger OG compton thug style from all she learned from Lee's teachings.

After that Lee, Kenny and Clem give Ben the proper burial he deserves and then leave smeared in Walker Guts to go meet Omid and Christa. Lost many on the way

. But the heart and soul of the group remains. ready to face the tribulations that face Clem.

They reunite which brings us to the plot of S2 if Lee had not been bit.

With Lee, Kenny being around, they'd be more prying eyes, making it much Less likely that black bandit girl to creep in the bathroom and killing Omid. Kenny will most like shoot her in the head exucutioner style, or she will hold Clementine hostage resulting in a stand off for goods or a possible kidnapping. But i'll go with the Kenny shooting her in the head traumatizing Clem.

Omid and Christa develop relationship issues and begin fighting, making the player pick a side in certain arguments involving Clementine.

Christa steals Clem and tries to leave with her because she feels Clem is being raised in a volatile enviroment by the men of the group.

Lee, Kenny and Omid wake up to no Clementine and must go on a search to find her.

This brings us to the regular plot line where Clem and Christa get separated in the woods and Clementine meets the other group. They eventually reuinite with Kenny in the cabin but since Kenny had not been gone since the end of season 1, he is not engaged with that cute portuguese lady and he is basically just stumbled onto the cabin with Lee and Clem is reuinited.

Omid begins a rescue mission on Christa who has been kidnapped by Carver's group of thugs who then come to the cabin like they did in Season 2 anyway, using Christa as a bargainging token.

It plays out just like it did in S2 with all the group members including Lee getting brought to Carver's camp.

Except this time when Carver smacks Clem, Lee loses it and punches him resulting in him getting a savage beating to the point where he almost dies by armed guards.

Kenny the boat god orchestrates the escape plan similary as they did in S2 but this time Lee and Kenny torture Carver.

Carlos heals Lee up to strength like he did to Kenny. Lee is less damaged then kenny was, but is suffering from a healing broken leg so he is not as mobile.

Lee's amazing nature with kids help him soothe Sarah early on and educate her on how to gather her emotions and be more level which results in a sarah we didn't see in S2. A Sarah who can handle the turmoil and horrors with more grit. 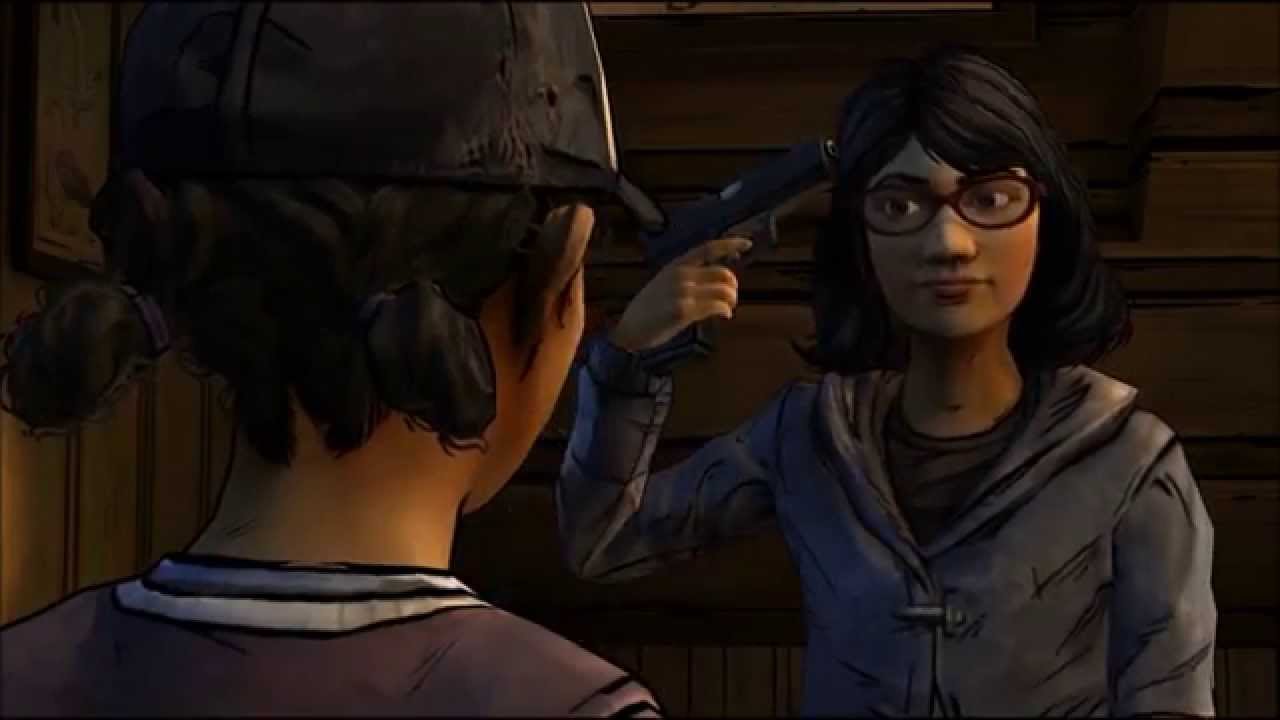 I skipped a lot of parts but Jane assumes less of a lead role in the group during their escape, Lee and Kenny outnumber her so their is less of a "Jane vs Kenny" debacle. But more of Lee and Kenny pushing narrative into the right direction and away from the baby murdering slut.

During the Arvo Situation, Lee can calm Kenny better than the original group could resulting in a much more mild mannered Season 2 in terms of abuse of Arvo lol.

In short the Jane vs Kenny ending still happens but Lee takes the shot instead of Clem and Kills Jane saving Kenny. Both Kenny, Lee and Clem go to Wellington and the same scenerio plays out where they take AJ and Clem but no adults.

But since Lee and Kenny are together now. They wander into the woods and manage to survive and find a new group with arms, food and shelter to help lead through the apocolypse. Together, united, forever and always. 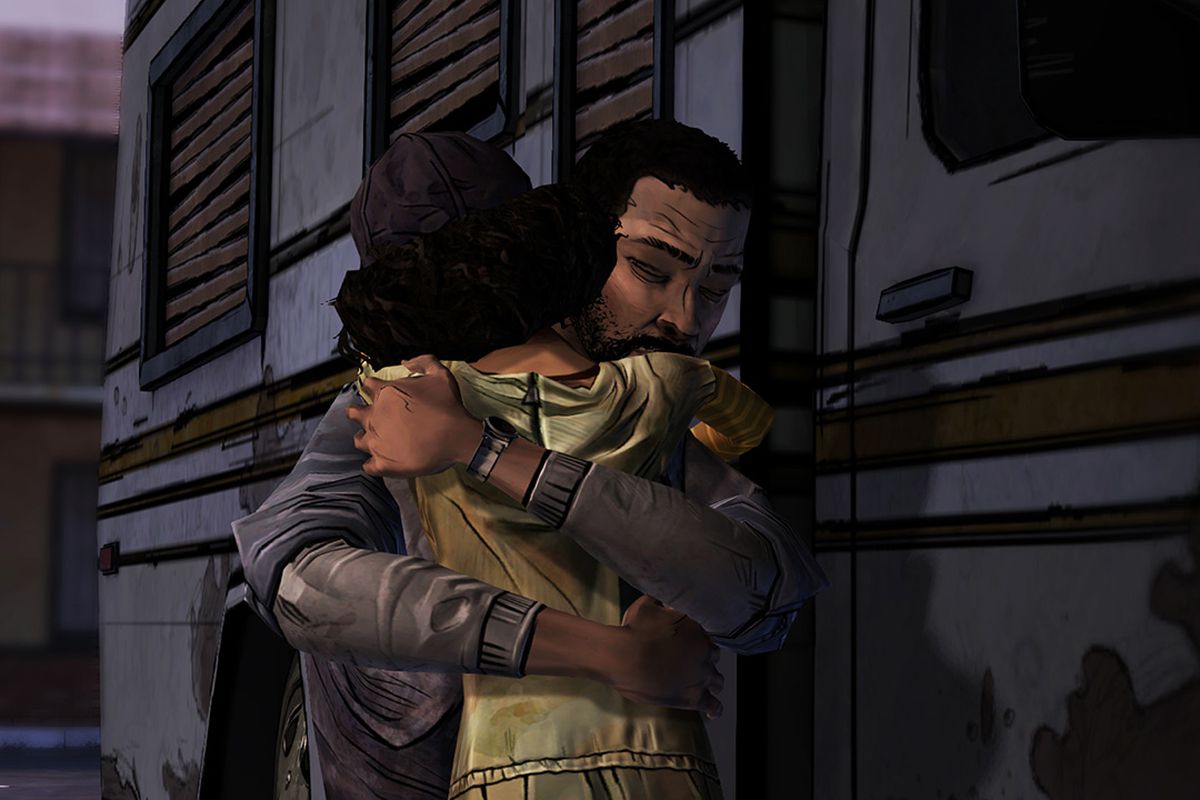 As the story progresses, it kinda plays out similar in the eyes of Clem considering she gets booted for stealing medicine and then is on a rescue mission to rescue AJ. She finds Javier and joins the ANF group as played out in ANF.

Once the crazy Jap lady turns on many of Clem's group and starts doing Salem witch trial bullshit, Lee and Kenny (Guards in the frontier) save the day and turn sides in a epic ending resulting in Kenny killing Crazy Jap Lady and saving Clementine, Ava and running with Lee, Javi and Kate to fight off the Frontier. Tripp still dies. Gabe still dies because fuck gabe.

The group flees in similar fashion, and return to Javi's group in Richmond. Lee begins developing feelings for Eleanor and a romance begins. Finally after years of turmoil romantically, Lee is finally able to complete that piece in himself and the player can see this come to fruition as they both become intimate.

Clementine goes on her Journey to save Aj except this time she brings Kenny to protect her lol. And we all know how that goes

Clementine and Kenny rescue AJ as what happens in the plot line originally and they get into a similar accident, but Kenny carries Clem to nearest shelter and discover ericsons that way. Which leads to TFS.

With Kenny being present, less of the bullshit shenanigans that happened in TFS happen. Within 2 minutes of showing up Kenny already begins questioning the "safe zone" and the boundaries set by Marlon. He punks Marlon and makes him his bitch and ends up basically siezing the school and leading the kids from the get go. He beats the shit out of Mitch, and cuts Louis's flirting early on. The kids begin to loathe the new authoritary they are being bullied by and plan a revolt. Marlon pulls a gun on Clem after she tries snitching about Marlon killing Brody again but The Boat god stands in front of Clem and their is a stand off, this is when AJ shoots Marlon

After this, Clem is thrown out of Ericsons like normal but this time Kenny basically tells the kids to go fuck themselves and they leave which hurts the trust of the school kids and kills all relationship routes we seen lol. But Kenny grows to love AJ after seeing the loyal epic assassin he has become, Kenny raises him to be even more ruthless, Kenny and Clem wander into the woods with AJ but are eventually outnumbered and kidnapped by Delta.

Since Clem isn't around to lead Ericsons, they all fall pretty easily to the delta as well but become advasaries later on..

This is where the season plot steers way left as we finally get to see the faction the Delta was fighting against, and it turns out, it was Javi's group at Richmond.

Javi and Lee attempt a rescue mission on Clem and the Ericsons school kids resulting in Lee being killed by Lilly in an epic ending, but Clem and Javi planning an escape and AJ killing Lilly like he did in the end of the original TFS.

They all return to Richmond to live happily ever after until..... they get into a war with Ericsons who find a new leader.

I know I pharaphrased a lot but their was a whole lot to figure out and it's hard to fit the pieces. But I think that's how the story would have played out if Lee had not been bit. What a wild ride lol.

How do you think Clem's story would have unraveled had Lee, and the almighty boat god would have stood by her side beyond the S1 finale 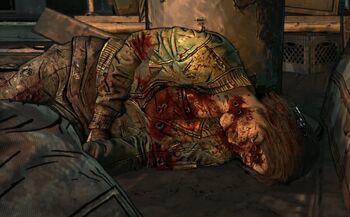