Features and changes I'd like to see in Season 2 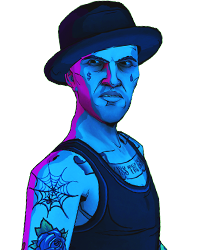 I'm not the first and won't be the last person to make a post like this but here we go anyway.

More downtime outside of case solving
One of my favorite things is when I get to just walk around, poke and prod at things and get the protag's response to what they're seeing. It's some light character building that means the world to me.

Multiple cases this time
Doesn't have to be L.A. Noire, but I think now that the plot should have some time to breathe, we can do a few more small fish cases before we reel in the big one. I'd love if you could even take other smaller cases while you were working, or have exhausted your leads on the big fish. I saw a lot of cut content that showed the game play with a more comedic deadpan tone than anything, I'd love to see some of that back in cases. After all, this is a world of Fables, I really wanna sink my teeth into the insane and fantastical.

More interactions with Fables outside of questioning them
I wanna talk to these people, I wanna shoot the breeze and get their opinions on things. I do enjoy when everyone is being snarky, but what is Holly like outside dire circumstances? Gren? Lawrence? Bigby is, essentially, a small town sheriff. What do they do? Well, sometimes they change people's flat tires, give advice to the local troubled youth, participate in drives and organized activities. I know that doesn't sound thrilling but what I'm saying is that Bigby should really know his community. Now that Crane's gone, there's no reason he should be so disjointed from everyone. Snow either; she didn't know Prince Lawrence, they didn't know Aunty Greenleaf; there's ample opportunity here to introduce new Fables and show us the ones we know going about their daily life.

Actual consequences for my previous actions
I know Telltale's thing is the "judgement hall" at the end of the season, but I'd like consequences in other ways. I want my consequences sprinkled in in a non passive way. No matter how many arms you tear off and throats you rip out in a back alley, you won't get fired at the end obviously. You won't really face any backlash and even when you're at the CM's trial, even if you don't win them all over, you can growl, throw CM overboard and walk out. And nothing even about the final cutscene even implies any changes or consequences of what you did regarding CM or if you walked out or if Fabletown is afraid of "The Big Bad Wolf".

No real answer to the Faith/Nerissa question
I think the mystery should prevail and this case should go cold. Would be cool if we had the chance to mark the case as closed, effectively keeping her secret, or leaving it open and having the opportunity to mull over previous details to try and figure something out. But only for the player's satisfaction. I don't want the real answer to be given as it will undoubtedly be disappointing as reality often is. We can say for sure that F/N are the same person, but it's pretty hard to pin down which when we know that she had to have used AG's glamour and we don't have anything to go off of regarding the girls before this all went down. It's the word of a deceased pimp/murderer and his deceased accomplice against a girl that faked her identity and lied to get a mob boss killed/imprisoned.

More time to explore Fabletown and see Bigby in his daily routine
I wanna see the local shops, I wanna really live and breathe in this world. I'm not saying make it open world, but I'd like a few streets to play with in a hub area. Maybe as more areas become relevant, more areas unlock on this strip to explore. And what does Bigby do in his spare time? Surely not just sit in his one comfy chair and watch TV. Where does he go? What kinda activities does he engage in?

For the love of all things holy, please make Snow "romance" optional
First off, it doesn't matter what choice I pick in the game, Bigby still wears his heart for Snow on his sleeve. COME ON MAN, HAVE SOME MYSTIQUE. Don't let her walk all over you like that, fire back, have some OOMPH. I know the author is closely working with Telltale and seems to keep a tight leash but since it's a prequel and nothing can happen anyway, might as well let us have some freedom here. I'm sorry, I just don't care about Snow. I'm sure she has an interesting backstory but she just comes across as holier-than-thou. I'm sure she's amazing in the Fables comics and with the hints in the game, it sounds like she went through some really traumatic stuff. Context aside, I just don't like her in the game, and not because I played Bad Cop either. I either need to be able to interact with Snow outside of working on a case (in a more friendly capacity) or just get her outta my hair. She's going to be acting mayor now so let her sit at her desk and get off of my nerves. Yadda yadda she's the cold to my hot, yin to my yang, I don't care, I don't like her. She was way more fun in the TWAU comics (not I don't mean Fables). I wish they had THAT relationship in the game. One example of why Snow in TWAU is inferior to Snow in the TWAU comics is this: Bigby's in Lawrence's apartment, Lawrence threatens Dee with a gun and demands to know where Faith is, Dee decides to run off; as Bigby starts to give chase, he tells Snow to stay there. In the game, Snow: Says "No!" like she's a rebellious teen defying daddy's orders and runs after you both as if she could keep up. (Why is Dee so fast anyway???) In the comics, Snow: stays back and, in a cute funny moment, lectures Lawrence that if he shot Dee he couldn't have answered his questions. The chase then continues. Tell me, what changed about the situation? Nothing, Snow still found him in that alley, and what's more, she stayed behind and was able to ensure that an injured, suicidal man didn't try to kill himself again like we know he would if you told him Faith was dead. It's shortsighted and frankly kind of pathetic that she'd rather try to keep up with you both in a footrace when one person staying behind would've been smarter. Who is she trying to prove herself to?
Telltale can she please not be in the way this time? Either bring King Cole back and let Snow put on some boots and roll up her sleeves and actually help out EVEN when the job gets dirty or keep her somewhere where I don't have to be bothered with her.

Bigby needs a deputy or at least another person on his side like Faith/Nerissa
Can I just say that Bigby had way more chemistry with Faith/Nerissa than with Snow? Sure there was some tension and it's clear they care about each other, but there's more of spark that I feel immediately with F/N. I also think it would be a cool feature to have a few different applicants for the job as Deputy or just some extra help around the Business Office. For example, for Deputy, I think someone with similar skills to Bigby would be beneficial for backup when things get sticky. Bigby did almost die to Bloody Mary in that alley and CM had some silver bullets as well. Another beast Fable could really benefit him. Maybe someone nimble. Someone with mediation skills would be well-suited for negotiations. Bigby's not always the smoothest talker and tends to take the aggressive approach regardless of your choices. Someone on the patient side would be great (don't you dare say Snow, I will fight you). Someone more well connected could give him more leads than he wouldn't have had. This person may or may not be corrupt. Someone who knows magic, well, that opens up a world of possibilities. And that would add a replay factor beyond some locations you didn't see and some dialogue you didn't say. You may say: "but that detracts from the whole lone wolf thing!" Doesn't have to, they can be on-call or maybe you can fire and replace them at some point. That will give you a way to have a whole new experience even if it leads to the same or a similar conclusion because, let's face it, DBH this won't be. I don't expect 1500 different endings all based on what color underwear Bigby chose to wear that day or if he picked the popcorn kernels out of his teeth before noon. But I would hope that a detective mechanic wouldn't be made obsolete by the fact that you'd find out the same information with a magical partner as you would if Bigby just booted every door and demanded answers like he always does.

In conclusion, wow that's a wall of text, huh? I love this game, there's nowhere to go but up. I'm really hoping for some innovation here but most of all, I just want Snow to leave me alone. I'm sure TT will come up with some things I didn't even know I want and that's fine too. To survive, this game has to get out of TWD's shadow and I sure hope it does or this might be its last season for good.

Hope everyone reading has a fine day and I'd love to read your opinions.