Remolay is the best at everything! (specifically...) 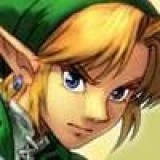 Chyron8472
January 2012 edited July 2012 in Forum Games
This is a thread where we discuss various things that Remolay is best at, since he claims to be best at everything.

You can comment on previous posts, and/or use photoshopped images of him doing something at which he claims to be the best (ie. everything), but you also must include in each post something else that Remolay is supposedly best at.

Remolay himself is exempt from that last rule because his claims also includes being best at posting in this thread, so he doesn't need to gloat about what else he is best at (though he can if he so chooses.)


Remolay wrote: »
Everyone sucks and I am the best.

Remolay wrote: »
Naturally, for I am the best at everything!

Chyron8472 wrote: »
So, then you're also the best at diving head first into a wood chipper or at having your face eaten off by a rabid taxi driver? Prove it.

Remolay wrote: »
You find me a rabid taxi driver and you have a deal.

Chyron8472 wrote: »
This also means that you claim to be the best at wearing Donald Trump as a hat.

Remolay wrote: »
Well... I would be, but when I tried he had me ejected out of the building.
(Why am I having this much fun with this?)