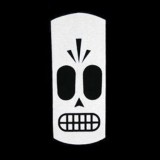 martymcfly
February 2012 edited March 2012 in Jurassic Park
I have just posted an interview with Heather Hudson (the voice of Jess Harding, Jurassic Park: The Game) on Alternative Magazine Online:

As always, I would love to hear your thoughts!