So, how good is this? 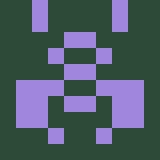 I know it isn't Walking Dead quality or Wolf Among Us quality first off.

Is this game good for people who are casual fans of the series? I watch it all the time on weekends, so I do know what the show's about and such.

Does this have an original storyline? I hope TTG has some sorta holiday sale so it'd go down a bit, but hell 7 eps for 20 isn't bad.