Interactive GoT Fan Fiction: The Invasion 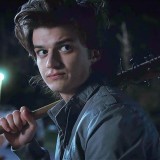 Hello, and welcome to the Invasion! As you may have gathered from the title, this story is based around some sort of invasion, but not the invasion of some mere roaches in your local home, but the great invasion of the Andal's to Westeros! This story is set roughly 5000 BC, so a reasonably long time ago!

While the story prominently takes place in regions such as the North and the Fingers, other areas such as the Westerlands, the Reach and Stormlands have become more recognised as the story has progressed!

So I'd best give you some information about the current ruling houses of Westeros!

Firstly, the North is split into four kingdoms, ruled by House Bolton, Reed, Stark and Dustin (yet their name is not recognised yet).

House Stark: of Winterfell and the Winter Kings. They have put a stop to major North rebellions such as the Night’s King and the King Beyond the Wall: Joramun. The Starks have been battling with the Bolton’s and Dustin’s for a long time. Their bannermen are houses from the Wolf’s wood, Umbers, Reed's, Whitehill's and the clans of the Wolfswood. Current king is King Theon Stark.

House Bolton: of the Dreadfort and Red Kings of the North-East. Since the long night, the Bolton’s have been rival’s with the Stark’s, succeeding in burning down the Stark’s castle, Winterfell. Their bannermen are the Locke’s, Flint’s of Widow’s Watch and Hornwood’s. Current king is King Rogar Bolton.

House Dustin: of Barrowton, claim to be descendants of the First Kings and are the Barrow King’s of the South of the North. Their bannermen are the Stout’s, Ryswell's and Tallhart's. They're allied with the Marsh Kings. Current king is King Dustin, who was assassinated. A moot is being held, as he was only a father of bastards.

Down to the Fingers, and later identified as the Vale of Arryn, are a number of houses. As the Andal's first landed here, there is a mix of Andal houses and First Men, who are at war.

House Arryn of the Gates of the Moon. Current king is King Artys Arryn.

The Stormlands are currently held by the Durrandon's, with the Andal invaders taking control of the islands of Estermont and Tarth, slowly and 'safely' picking at the coasts.

The Westerlands is reasonably calm, not being affected by the Andal threats, however they have an eye for opportunity with the neighboring lands being distracted by foreign threats.

The Riverlands stands a land of dispute as war wages around them and borders onto their land. Having not suffered a war since the Battle at the Border, where the Rivermen suffered heavy losses to the Lannister's, the Rivermen have been 'slaves' to the Lannister's ever since. Now with the Ironborn attacking from the west, and the Andal threat rising in the east, chaos has risen in the Riverlands, and the lords are rising to support their new and young king.

House Mudd of the Mudd Fort. Kings of the Trident and the Rivers. Current king is King Tristifer Mudd IV

The Reach is currently torn from the grasp of House Gardener, with House Manderly thriving in a golden age of trade. They possess a strong naval fleet, and are at a state of wealth that nears House Lannister.

House Manderly of Flood Citadel. Kings of the Seas, the Mander and Sunset Bay. Current king is King Waldemar Manderly.

House Garderner of Highgarden. Kings of the Reach. Current king is the second of the Three Sage Kings: Merle I Gardener

The hot sands of Dorne have started to muster their strengths in preparation for an Andal invasion, seeing that the rest of Westeros have been affected by the foreigners through one way or another. There are many kings of Dorne, with the Greenblood kingdoms all fighting over a dispute for whom should be the King of the Greenblood, other kingdoms are looking to cease this opportunity, while smarter kingdoms look ahead of small disputes to a war that will change Dorne.

House Yronwood of Yronwood. Lords of the Stone Way and Masters of the Green Hills. They struggle among themselves for who holds a stronger claim to the throne once the old king falls. Current king is King Olyvar Yronwood.

House Fowler of Skyreach. Lords of the Wide Way and Kings of the Stone and Sky. A recent and sudden passing of King Rickard has put a young ambitious man on the throne. Current king is King Derrick Fowler.

House Blackmont of Blackmont. A rich and prosperous kingdom who are seeing the threat of the Andal's, and are preparing for what is to come. Current king is King Hector Blackmont.

House Manwoody of Kingsgrave. The most recent addition to the powerful kingdoms of Dorne, the Manwoody's came into existence with the defeat of a Gardener king a few hundred years ago. Building on the site of his death, the Manwoody's have grown powerful through their convenient position for raiding the Reach. Current king is King Domeric Manwoody.

House Dayne of Starfall. A powerful kingdom in the south-west of Dorne with strong ambitions. Being allies with the Blackmont's, the Dayne's have an eye on the impending Andal threat. Current king is King Andrey Dayne.

House Dryland of Hellgate Hall. The weakest kingdom of the powerful six, the Dryland's have constantly suffered with attacks from the ambitious Yronwood's from the north, the Dayne's from the west, and Summer Island pirates from the south, stealing them of wealth and land, however surprisingly they have remained strong and known by the rest of the kingdoms of Dorne, with a grim reputation. Current king is King Xaphan Dryland.

Missed any parts and want to read them full? Link here!

I'd ask for you all to keep in mind that many settled Andal houses in ASOIAF, such as Tyrell, Martell and Lydden are yet to have settled in this time period. Please refrain from submitting houses like Baratheon or Frey, as these are houses that have not been founded yet. Otherwise, go completely berserk! Be it a sellsword, an Andal warrior, a blood thirsty maniac from Essos or a whore from the brothels. The possibilities are endless!

Also another important note: The time period is quite far back, so there are somethings in modern ASOIAF which don't quite exist yet! Firstly, the First Men prominently use bronze, with a few exceptions. While it was not that long ago that the First Men were inscribing into runes, the use of parchment and stylus has been introduced through many traders and explorers, and while not being as advanced as paper and quill, it allows books and reading into the First Men culture. Ravens are used, but the First Men tend to avoid using them at this stage, preferring a rider over a bird that can easily be attacked or shot down. The First Men are also still quite fluent in the Old Tongue, but many have come to learn the Common Tongue through traders, this mostly helps with communication in the story. Epilogue: A Generation to Come - Ongoing In the Wolf’s Wood:

In the Riverlands: Rayvani of Asshai, Septa Talia, Nathan

In the Darklyn Kingdom:

Drawn characters at this link!