If there was another JP Game, Which Dinosaurs and island would you want to see? 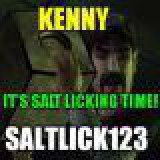 And possibly a type of Predator we haven't seen yet .......but I doubt Telltale is going to make another JP game anytime soon, if they did I think they could make money if it's related to Jurassic World but as I said, I doubt we will get another JP related game anytime soon, Also I think all of us want TWAU Season 2