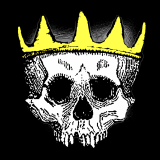 This fanfiction takes place in Dorne, ~700 years before Aegon's Conquest. The story used to be interactive, including reader choices and character submission, but has been changed to a non-interactive format since August 2018 to streamline and improve the writing process.

Dorne is divided to several petty kingdoms, and for hundreds of years these kingdoms have been fighting over hold of every small riverbank, road and valley in Dorne. Now the Rhoynar princess Nymeria has arrived to Dorne and made an alliance with the small but welcoming House Martell, and married Lord Mors Martell. As the Sun and the Spear plan to unite the Dorne, series of wars will follow. Yorick Yronwood aka the Bloodroyal. He is the richest and the most powerful of the Dornish kings, and this is something he is proud of. He has plans for expanding his kingdom, and he is ready to spill blood. The news of the alliance between Martells and Nymeria do not trouble him one bit. His seat is at Yronwood. "We Guard the Way" Vorian Dayne aka the Sword of the Evening. Vorian is known as the greatest knight in Dorne. He is a great commander and he is proud of his kingdom, but he seeks no conquering. Vorian is also the dream of many ladies all over Dorne. His seat is at Starfall. "Dawn Brings the Light" Garrison Fowler aka the Blind King. Garrison is an old and cunning man with small kingdom. He has lost his sight but is still feared. His seat is at Skyreach. "Let Me Soar" Lucifer Dryland, the King of Brimstone. He is the second strongest of the kings of Dorne. His hold over Brimstone is strong, but he will be soon on his fifties and he still has no heir. The news of the alliance between Martells and the Rhoynar has made him nervous. His seat is at Hellgate Hall (close to Hellholt). "Children of the Sun" Albin Manwoody. Albin is a man touched by madness. He has a thirst for blood and even if he is one of the weaker kings of Dorne, he has ambitions on ruling all of the Red Mountains. His seat is at Kingsgrave. "No King Above Me" Benedict Blackmont. Benedict is a feared man who is rumored to be mixed up with dark magic. It is said that he worships a dark god which gives him magical powers. He is rarely seen even by his family. Only few of his trusted men know what he truly does on his dark chambers. His seat is at Blackmont. "We Conquer the Heavens" Donovar Toland, the King of Ghost Hills. Crowned himself after starting a war with the Martells. "Brave and Vigilant"

Here you can submit your characters: Submit Characters!

Nymeria's War is a story that goes on for years, so I will be doing this story in several books, each of them concentrating on certain phase of the war. Each book will have three chapters, with changing amount of parts. Oh and prologues and epilogues which are always one part.

Book 1: The Sun and the Spear - finished Prologue: The Flames of Past - finished - Read here! Chapter 1: The Red Sands and the White - ongoing - Read here! Chapter 1: No King Above Me - coming later PoVs are in bold.

In the Kingdom of Yronwood: Wynton Wyl, Laina Vass

Portraits of the characters: