The Cost of Loyalty: An Interactive Story! (Ongoing) 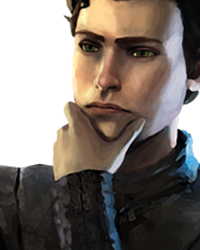 Hi everyone. This is going to be an interactive story based on the story of the Branfields during Robert's Robellion. It'll be a pretty straight forward story, mostly featuring a siege on House Branfield's keep. Loyalty is a big theme in the story as the Branfields fight for survival. The story will feature characters from House Branfield as well as Houses Forrester, Whitehill, Degore, Glenmore and more! The main two POV's will be Malcolm Branfield and Gregor Forrester. Ultimately you know how the story will end but I'm still excited nonetheless and I hope you are too! A couple things I need to Clarify: This is my very first attempt at writing an interactive story. It may be a success, it may be a complete disaster, but who cares! Worst thing that can happen is you don't like it. Another thing is that I had a lot of help from @DillonDex, he convinced me to do the story and helped me out with couple other stuff and I greatly appreciate his help.

Now let's talk about characters. I'll be accepting submissions but you'll have to PM them to me. A few things I need to clarify, I will not be accepting characters from Houses Branfield, Forrester, Whitehill, Degore or Glenmore, only characters loyal to them. I will however accept characters from other Houses mentioned in the game such as the Warricks or the Greysons.

Know that I reserve the right to refuse your character.

Here's the kind of character description I'd like to recieve: