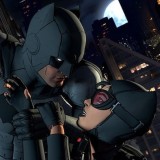 Let me know why you guys hate School or if you finished School, tell me what you hated about it.

Before I worked at Gamestop, I always hated the thought of waking up in the morning just to go to some fucking shit school and come back learning things that I'll forget later on when I grow up.

«123»
This discussion has been closed.