The Last Hour of Osleron: A High Fantasy Interactive Story 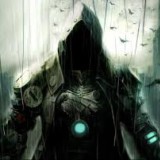 Hello, I am Arrodor, you may know me if you are a fellow reader of Forum of Thrones, I have decided to try my own hand at writing, and hopefully this will be a success, anyway. Our tale is in Osleron, which fell quite some time ago with the real last saviors of the planet now trapped in a realm called Earth, yes you heard that right, Earth, our Earth, except in this story Earth isn't real, but an illusion of sorts created only to trap our heroes in a world they think is real, except it isn't. Now for the proper backstory.

Osleron has always been a mysterious world, with not much known of its origin, it is said to have existed for as long as time itself, and that may be true, the dark elves are the ones to ask for such an answer, as they were the first on Osleron, and have been here for at least 200,000 years, Osleron fell 200 years ago to the One Above All, with a great purge that swept all the light users from the world, even all the races combined could not stop his might.

And thus Osleron fell with the two previous attempts to stop The One Who Dwells Above failing, Osleron is in a very dire state and with the most powerful light users trapped in a realm called Earth, the battle seems hopeless.

Currently, Osleron is a world filled with darkness, evil creatures, monsters and undead all roam with complete freedom, nearly all four of Osleron's continents are full of corruption, with only a few safe places remaining, like for example the home city for each race (can be found in description of character submission), these are guarded by powerful magic, Purges happen every ten years, and the next is about to happen very soon, purges attempt to wipe out all light from existence, this so far has been the only thing, The One Above All has failed, and he has seemingly trapped all the light magic within the realm called Earth. Initially the Eiwoqir were the main threat to Osleron, and they almost destroyed it, but ever since the One Above All's conquering the Eiwoqir have not been seen since, this strange happening has made many conspiracies, since The One Above All was strong enough to banish the Eiwoqir and no one has even found out how.

And here are the magic types:

Light and Shadow are the most fundamental forces in existence. Although contradictory by their very nature, they are bound together on a cosmic scale. One cannot exist without the other. Pure Light and Shadow dwell in a realm outside the borders of reality, but shades of their presence are found in the physical universe. Light manifests as holy magic, while Shadow (also referred to as "the Void") appears as shadow magic.

In the physical universe, the forces of life and death hold sway over every living thing. The energies of life known commonly as nature magic, promote growth and renewal in all things. Death, in the form of necromantic magic, acts as a counterbalance to life. It is an unavoidable force that breeds despair in mortal hearts and pushes everything towards a state of decay and eventual oblivion. Entropy, as it can be defined, is lack of order or predictability - a gradual decline into disorder.

Order, in reality, is most commonly perceived as arcane magic. This type of energy is innately volatile, and wielding it requires intense precision and concentration. Conversely, disorder is manifested as highly destructive lye magic. This brutal and extremely addictive energy is fueled by drawing life from living beings. Life, it seems, cannot be destroyed by the highly destructive lye magic because destruction is the process of destroying structures, breaking them down into the parts that they're constructed of. Life is a construct if it can be destroyed and constructs are not living things, so how can animate beings be alive if the thing that animates them is not a living thing? It is stated that only life can give life and if the thing that animates an animate being isn't a living thing and therefore has no life, the study of magic involving an animate being can definitely be considered necromancy. One thing to consider is the fact that necromancy can be viewed as animancy (or a form of it) and that studying magic used to animate inanimate objects is studying magic one can use to animate the dead.

Dark mages convert life into lye, draining the victim as a source of power. Lye is the primal force of chaos and can pool into a green goop when it's in physical form. It is described as a substance and it can be animated (is that substance alive when animated?). Prior to being animated, Lye is inanimate and so one can, presumably, animate - or fuel - the lye by drawing life from living beings and be considered animancers or necromancers.

In the physical universe, the elements of fire, air, earth, and water serve as the basic building blocks of all matter. Shamanic cultures have long sought to live in harmony with, or assert dominion over, the elements. To do so, they call upon the primordial forces of Spirit and Decay. Decay is the tool of shaman seeking to subjugate and weaponize the elements themselves. Those who seek to bring balance to the elements rely on Spirit. This life-giving force interconnects and binds all things in existence as one. Sacrificial magic was considered the greatest violation of life. Despite that fact, it is treated as different from the energies of life, which are known commonly as nature magic. Technically, Spirit is nature magic.

Now that the introduction post is out of the way we can move on to chapter titles.

Act I: The Demon's Heart [Ongoing]

Chapter 1: The Beginning of the End [Ongoing]

Chapter 3: Lost in the Darkness

Chapter 5: A Demon That Smiles

Chapter 7: A Weaver of Dreams