Voyagers of the Storm - An Interactive Story 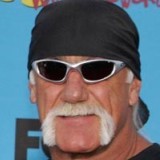 Hello, I am imighthavebrokenit, I previously had a story on the forums but ever since that story, I've felt the need to write more, so here I am, deciding to do so with a futuristic fiction piece.

The synopsis is already ready and it goes a little bit like this: 'The year is 2189. Humanity has faced many disasters up to this point. Oddly enough, nobody can recall a single thing that's gone wrong since they've been alive. 3-29-2189: Word of war, plague, and disaster that once contaminated humanity's past begins to spread, striking fear in citizens. As higher ups fight the alleged rewrite of history, people begin to calm down and ignore the world of misfortune, but others begin to question the textbook history. Only few do so, even fewer start a search for the truth.'

Characters can be submitted here

Each character submitted will be put into play, so no need to worry about that.

There will also be choices for you, the readers, to vote on. The choices could be major or minor, just as the characters can be.

I do intend to ask questions and I do hope that if any questions arise that they be asked.

As a chapter progresses, I'll update the respective Google Doc, which includes when a choice was made and what the result of that choice was. The parts can be found by clicking on the chapter title. Alternate choices will also be posted, by will be put in their own document and updated at the end of every chapter.

Note! I seriously recommend reading the Google Docs and not because I'm totally team Google, but because I revise the parts before they're posted and sometimes things slip by but I also revise them after they're already posted and make them as clean as I can for the Google Docs. It's the same content, just clearer.