The Path of Honour: An Interactive Story 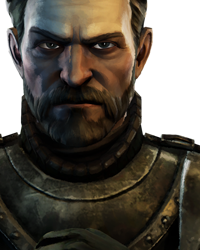 Hey everyone! So I've been wanting to do this for a little while now, a song of ice and fire has been my favourite book series since I read it for the first time a few years ago and I have read and re-read it again and again since then. After playing the game a few times, reading Dunk and Egg, The World of Ice and Fire and watching and re-watching the show I didn't know how to get more GoT so 6 months ago I started thinking about a character who lived through the events of the show and what struggles they would face. I settled on writing a story so I laid out the events I think would make an interesting story, then a few weeks ago I began writing.

Thanks to @AgentZ46 and also to @LiquidChicagoTed who's "The Cost of Loyalty" and "Forum of Thrones" stories respectively were the first stories I read on the forum and inspired me to write my own, they both also advised me to post my writings on the forum, and gave me needed advice. Without them I wouldn't have posted them anywhere and you wouldn't be reading this. Whether it's a good thing I post them well, we will wait and see!

About the Story
The Path of Honour follows Tobor Hightower, a boy on the brink of manhood, and how he survives the world of Westeros and Essos. He's currently my only planned POV character but that could change! Each chapter of my story will be uploaded over two or three posts, each post will have one or two choices for all you readers to decide by vote! The exception to this rule is when the chapter ends. Then there will be no choice.

The title is based on a quote from our Maester Aemon; “A craven can be as brave as any man, when there is nothing to fear. And we all do our duty, when there is no cost to it. How easy it seems then, to walk the path of honor. Yet soon or late in every man's life comes a day when it is not easy, a day when he must choose."
It's an indication that people assume being honourable is easy until faced with the choice that will change them. I think it's perfect for a story where the plot revolves on choice, and how Tobor will be changed by his ordeals.

The Story So Far
For anybody wanting to catch up without scrolling through: read here

Submitting Your Characters
Any and all characters you'd like to see in the story would be greatly appreciated, I need good guys and bad guys and morally grey guys alike! Some will be in Tobor's past or his present. The more detail provided is better, but please note that I may have to tweak your submission to fit in with the story but don't worry, I'll ask you if you're ok with the change first! My story is predominantly in Essos so those characters would be preferred!

Just follow the link and fill out the short form.

Examples of who I would need to be submitted include but aren't limited to:
Brothers of Tobor
Cousins of Tobor
Uncles of Tobor
Dothraki
Slaves (serving slaves, pit fighters, unsullied, even bed slaves it doesn't matter)
Pirates
Knights
Blacksmiths
Slave Masters (great, wise or good)
Squires
Sellsword Captains
Sellswords
Just any character you've thought up!

This list isn't the whole picture so let me know if you have anyone at all you would like for consideration for the story. The way you can do this is following the link above under Submitting Characters. I'll try and fit as many in as I can, and I'll try and do them justice as I write them, but of course, I can't write every one of them perfectly to how you imagine, which is why the more detail on them, their backstory and personality the better. Also I'm sorry if I kill off your character, this is GoT and people do die!
Please include:
-Name of character
-occupation (where they are now, slave, sellsword, Knight etc.)
-backstory (how they got to where they are now)
-rough age
-general physical description (are they tall, are they handsome/beautiful)
-personality description (what are they like? Quick to anger? Kind?)

I really hope I provide a good read, I'm looking forward to this experience and will appreciate support I get and also any criticism, otherwise how do I get better? So, without any more reading, I'll let you submit your characters and I can't wait to bring Tobor's story to you!