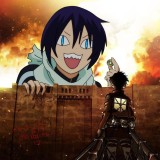 FetchWalker
October 2018 in The Walking Dead

I had this plot in my mind for sooo long. I always seemed to not be a fan of something while I played TWD. A scene here, a scene there. And I would change it in my head the way I think would suit the game best. I tried writing a fanfic but I am not a native english speaker and I suck at writing so nothing good came out of it. So I guess I'll just pour my ideas here and hope you dig them.

Season 1 is amazing, nothing to change there.

Episode 1
The opening is the same.
16 months later
The dialogue between Christa and Clementine is the same but in the hollow log Clem is sitting on, protected from the rain, is sleeping Christas child now at the age of 1 year and a few months. The baby starts crying at some point, Clem tries to sooth him but it doesn't work. The bandits hear the child, Christa tries to distract them. We don't see her die but her fate is unknown. Clem picks up the child and runs for her life.
After escaping the bandits, Clementine encounters the dog. The hub is the same, Clem finds the box with toys in the car and puts the child there to play, she plays with the Dog, kills the zombified owner of the dog. She gets bit by the dog later on, finds the Cabin group, they take the child with them in the house but leave Clem in the shed, she sews her arm in the shed..pretty much the same here. Of course we would have different dialogues here like "Whose baby is it? Is he your brother?" sort of questions from them. Clem leaves the baby with Sarah to play and goes fishing with Pete and Nick. The ending is the same.

Episode 2
Same opening depending on who you chose to save. Clem runs back to the cabin, the others leave to look for Nick/Pete. Clem, Sarah and the child have a bonding scene here until Carver comes. The group leave after that, Nick being now mentally unstable kills Matthew, they meet Kenny, we have a bonding scene with him, Clem and the child, it's pretty much the same here but with a baby. Instead of meeting Bonnie outside the big house Kenny and his group are staying in, we meet Lilly. She and Kenny exchange a few angry words, start yelling at each other..it's not a nice reunion. They give her the food though and she leaves back to Carver. Same after that and same ending.

Episode 3
Same opening but again the child is with them too. Carver's group lock them outside in the cold, Lilly suggests taking the child with her and looking after it until Carver lets them out of the "prison" and they join his group. Clem can either accept, or take Kennys side and keep the baby with them. In the "prison" they meet Reggie, Mike(He is the same, the only difference is that he is one of the bandits Clem and Christa encountered at the start of episode 1) and Shel and Becca(From the DLC). You and Mike exchange angry words but in the end he tells you that Christa fell into the river. He doesn't know if she survived or not. You can bond with Shel and Becca.
They start working like slaves like the original game. Clem and Lilly have a bonding scene when loading the magazines. The rest is the same. If the baby is with them, out in the cold, it becomes ill and Lilly takes him anyway. The group start making a plan of escaping. Clem gets the walkie-talkies. Kenny gets beaten up. Pretty much the same. Lilly decides to help them escape. Clem goes in Carvers office, sees beaten Alvin, she turns on the PA System, the guards hear her and Alvin buys her time to escape but dies. They kill Carver, Lilly hands over the child to Shell, smear walker guts on themselves and the rest is the same.

Episode 4
Same opening, Kenny gets mad at Clem for what happened to Sarita. Clementine, Kenny, Mike and Lilly try to escape but Clem gets separated in the herd, she is alone now surrounded by walkers. She sees Luke, Nick and Sarah running off in the distance. Joins Rebecca, Shel, who holding the child and Becca and escape the herd. While walking in the wood they bond together. Clementine and Becca become friends.
They arrive at the meeting point and see a heartbroken Kenny and Mike and Lilly in the distance talking. Lillys hatred towards Kenny is slowly melting away and she becomes sympathetic to him. She asks if Clem can talk to him and calm him down. Same happens as the original game. Then Clem and Lilly go looking for Luke, Nick and Sarah. They bond on the way, Lilly teaches her how to kill walkers more effectively. The rest is the same. Luke is hurt, Sarah is crazy, Nick is not dead but he's bitten. Luke, Lilly and Clementine manage to get up on the roof but Nick and Sarah are still down, and walkers are coming in. Nick sacrifices himself in order to get Sarah to safety and dies.
The rest is the same, Rebecca gets into labor, Lilly and Clem meet Arvo. Clem, Mike, Shel and Becca bring water and towels to Rebecca. Rebecca feels something is wrong with the baby. Kenny helps her give birth but the baby is already dead and a few moments later turns into a walker. Kenny hesitates but kills the baby. The rest is the same but Sarah doesn't die, she just becomes more and more crazy. They meet Arvo's group, Rebecca dies of exhaustion and a shootout starts.

Episode 5
Same opening, Luke and Mike are hurt from the shootout and Kenny isn't feeling too good, the group rests for a while, Clem gets to bond with everyone, Sarah is not responsive and very crazy, people start worrying about her. Clem becomes worried that there isn't any food for the child. Arvo tells the group he knows of a place where his group stored food. The group spend the night in a safe place, Clementine bonds again with the group. She learns that it's Luke's birthday today. There is some chemistry going between Luke and Shell.
It's the same after that, they cross the frozen river. Arvo, Mike, Luke, Shell, Becca and the child managed to safely cross. Behind them were Clementine and Sarah followed by Kenny and Lilly who was helping him across, walking very carefuly and slowly on the ice, as he was wobbling and trembling the whole morning. They didn't know why, nor did he tell them. He was probably sick. Clementine and Sarah were talking, Clem was trying to help her, put some sense into her, make her feel alive again. Sarah wasn't there anymore. She didn't hear a word Clementine said. As they were walking forward, Sarah turned her head and looked back. She saw a huge herd of walkers coming after them. As she stared at them, she kept seeing her father being torn apart by them over and over again, and she snapped. She thought her father was there and she desperately wanted to help him. Sarah started running on the ice, making it crack underneath her feet. She ran past Kenny and Lilly and towards the walkers. They tried to stop her but it was too late. She faced the same fate as her father.
Kenny and Lilly both looked down and saw the ice underneath them all beginning to crack. Clementine wanted to help them but Kenny refused. He didn't want to put her in danger. He showed Clementine his hand. He was bitten, probably by Rebecca's baby while he was delivering it. Lilly didn't looked surprised. She already knew. He looked at Lilly and told her something really quetly, almost like a whisper. She smiled after that. He looked at Clementine and said-"I'm real glad to have met you Clementine." and pushed Lilly away, saving her life. The ice cracked and he fell into the water. Clementine has a choice to save him or not but she falls into the water too and Lilly saves her. Kenny is dead.
It's the same after that. Lilly and Clem are devastated, they bond. There isn't much food in the building. They are angry at Arvo. Clem bonds with everyone.
In the middle of the night Clem hears someting, she goes out and sees Mike and Arvo trying to escape with the car. Arvo shoots her. Same here. You wake up in the car with Luke driving it, Shel next to him and Lilly, Becca, the child and you in the back headed for Wellington. Lilly disagrees and wants to go somewhere else. They argue and because of the cold, snow and the iced road, Luke loses control of the car and crashes. The car is totally damaged. It attracts walkers. Luke, Shell and Becca want to go to Wellington but Lilly doesn't. Time is running out, the walkers are coming fast. Lilly looks at Clem with guilt in her eyes and runs off, leaving them behind.