Who is the biggest JP fan here? 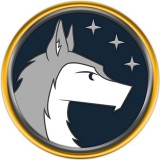 I need to talk privately with someone who is a really big fan of the JP movies. You can reply to this thread and I'll PM you, or you can PM me directly. It's important and secret