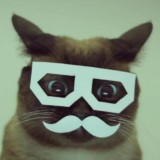 Welcome to Silicon County, encompassing the towns of Hawley, Dayton, and Marla, home to the Silicon Sparrows high school soccer team, and the site of a quickening conflict between supernatural entities. To residents and outsiders alike, there's nothing amiss, but to several individuals, it's becoming apparent that something is off, and when the entities' conflict escalates, these people, while sleeping, begin to wander a vast dreamscape known as the Divine Dream.

Postlude to Fire: The Interloper

Interlude to Fire: The Wolf and the Crane