I'm planning to do a western interactive story . Anyone Interrested ? 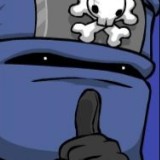 the thing is i wrote them during summer vacation ,and i stopped after school took back ,but recently having seen westworld ,i gained back some inspiration and
i'm planning on finishing most of the script at least for the first act ,the reason i'm planning in advance is to be sure that i won't be lost . And also another major reason is that
i'd hate for it to be unfinished because i was either too busy or too much lazy .but before taking the writing back ..

I'd like to know if anyone is interrested in it ?