Does it bother you when Youtubers get early access to games? 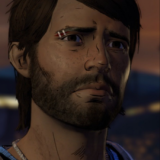 I mean it bothers me and I know people can just say well you don't have to watch it but its in my recommendations so ill see a thumbnail or a spoiler in the title. And I really just cant understand why companies give their games earlier to a group of people just because they have a lot of subscribers. I mean yeah you can say their doing it for marketing but I mean why risk having people get spoiled by the content of the game. maybe someone can explain to me why this is a good thing or why this happens so much.