Will TT Engine be capable to render photorealistic graphic? 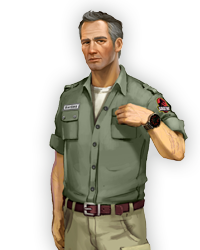 Bloody Eugene
June 2010 edited September 2010 in Jurassic Park
I'm worried that the TT Engine will not be able to deliver high-end graphic that fully respect the high visual standard that the Jurassic Park brand needs. The movie was a milestone about this, but will the TT graphic engine be capable to render lights effects, enough polygons and detailed textures that the project needs?
When JP will be out, another game will be realeased and, although it's a different genre, it will set the graphic standard: i'm talking of Crysis 2.
How will it compare to JP?

The last photorealistic game TT did was CSI: Hard Evidence and although it has clean and nice graphic, it cannot compete with nowadays standards: Of course all I've said is completely unnuseful if the plan is to release JP for Wii given its old hardware and its crappy and anachronistic 40mb limit...
«123»