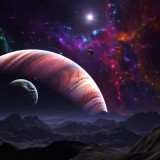 Hey guys, I'm Partition and I've been a lurker on the forum for quite a while now. I've grown interest into many fanfictions on this site and I've been actively reading and enjoying them. I've always wanted to start one of my own but I have always been too afraid that it will be bad or just not that good. I'm not too big of a writer, but I've always enjoyed writing my own work. But I've finally gotten the courage to try one and hopefully make this very fun!

This story will be told through the eyes of 28 year old Tony, a man who lives in Pennsylvania and has had a pretty average life so far who has always loved to be alone. He isn't married and doesn't have kids or has any great family relations, and had just planned to live a peaceful, quiet life as a single man and continue his profession as a construction worker. But in his new life, in a world now ruled by walkers, life will definitely be a lot more lonely, but for the worse.

Submit characters here! You may submit as many characters as you want! https://docs.google.com/forms/d/1yJjFeoYQVHQ_I7i-RrpnzWuC8Ph3r8ceaoLbUi7XuNs/viewform?usp=send_form