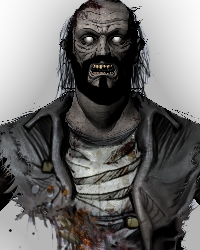 Hi there its Lord and i've been planning on doing this for a while. Now before anything i would like you to know that this won't be the typical interfic/story. Instead of one season consisting of 5 to six episodes i plan on making this last for a WHILE. As in one season consisting of about 23 episodes......for a completely random example. Another factor is that some decisions will ONLY affect the characters who make them (Change their morals and relationships towards other characters).

The main focus (for the first few episodes) will be on a group of Doctors, Elite security squads, Teenage Students and Teachers going from universe to universe trying to get the prime device from a dangerous individual ( to say the least) who a very good friend of mine has promised to create (more details will be explained on the first episode). Some episodes will be normal, some with adventure and mystery. Others though......not so nice. If you would like to make a character for it here's the template:

Family: (None is a valid answer)

Thank You and i hope you will enjoy

Episode 4: Once Upon A Multiverse = Coming Soon

Episode 12: A Lesson From A Demon= Coming Soon