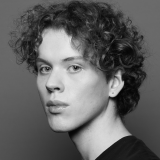 In this thread we will be continuing upon our continuation of season 1. The original thread was created with the purpose of continuing the story from the end of season 1 onwards, and now that we have finished that 'Season 2' we are about to write the next season in this very thread. Anyone is allowed to contribute, IF they follow a basic set of rules:

Thanks for contributing, and have fun writing! New writers are ALWAYS appreciated!