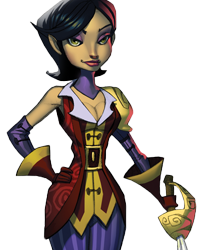 Applying the Jurassic Park license to the storytelling systems Telltale has created in past games makes sense to a degree, but in our conversations with the team they kept coming back to Quantic Dreams’ Heavy Rain. “While our story is more linear than Heavy Rain, actions the player takes are reflected in the way the story is told,” Boyle says. “The choices the players make result in changes to the details of the story. Players will know we are paying attention to the decisions they make.”

Telltale is also heavily inspired by Heavy Rain’s gameplay mechanics. The team is still figuring out how actions are presented to the player, but Boyle says Telltale is approaching the task with “more focus on cinematic presentation of your interactions.” Expect plenty of investigating and looking around in the slower-paced gameplay sections, but when the tension escalates to life and death scrambling, the gameplay shifts from selecting destinations to immediate response.


(If you haven't read the article yet you can find it here.)

I don't own a ps3 so I've never played Heavy Rain but if they had released it on PC or 360 I'd would have picked it up in a heartbeat. (For the record I don't actually own a 360, my friend's brother works for Microsoft and they gave him one when he finished his internship and I just sort of inherited it because I have the nicest TV and game playing area of all my friends.) From what I've seen in the videos is that it looks heavy on the quick time events. Also, I hear that decisions in the game are final, like if a character dies, even a main character, they stay dead.

So what do people think of this change in direction from the more traditional adventure game formula Telltale usually employs? I for one like the idea, partly because I never got to play Heavy Rain and would like to get a taste of what the gameplay was like. I also think it would work better for a franchise like Jurassic Park were the element of danger can't be ignored.
«1234»