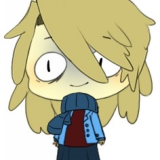 This is a re-make of the old "What Comes After" Collaborative Fan-fic, which can be found here: http://www.telltalegames.com/community/discussion/comment/1216642#Comment_1216642

This Fan-fiction will be written collaboratively with the members of the Telltale Community Forums, meaning:

Besides that, all story decisions will be made by the characters. Minor characters are fair game, unless someone has plans for them. The important thing is to, as much as you can, not step on however peoples' toes, as it were, when writing. Don't destroy their planned plotlines if you can help it, etc. Ultimately, it will be up to me and the people most invested in the story to decide what happens if there's a difference of opinion.

Also, don't be shy of using profanity, extreme violence, or anything that might be considered "inappropriate". This is The Walking Dead after all...