The dark before the dawn. Interactive story 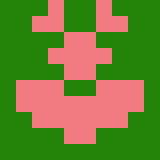 Hello and welcome to another interactive story made by the guerrilla with a laptop, yours truly, Mr. Quality.
This story will take place in the War-torn streets of the United States after an all-out invasion by a terrorist network known only as ‘The Network’. The two armies, the Federal Army of the United States and the Network, constantly clash spewing death and violence into the streets of once peace full America. To make things worse a mercenary group known as 'The Strykers'' join the fighting just for money.

I promise it will be much cooler than it sounds, I suck at summarizing.

So anyways, just submit a character at the link below.

Let me make one thing clear! Submit as many characters as you want!

Alright. That’s that, sorry that was my first time ever using google forms.